Being Lazy and Slowing Down was launched by a couple, Kimine Mayuzumi, PhD and Riyad A. Shahjahan, PhD.

Kimine and Riyad are an interracial couple with two kids – 14 years old and 9 years old. They met at University of Toronto, where they both earned their PhDs.

Kimine is running this website as editor-in-chief. Riyad is an Associate Professor at Michigan State University (MSU) and formerly a certified coach for National Center for Faculty and Diversity Development (NCFDD).

While they both advocate for slowing down their busy lives, they are acutely aware that it is easy to succumb to a fast-paced and tech-savvy lifestyle. Their life project is to slow down the world and/or help those who value not being busy  as a means to advance social change and healing.

Both Kimine and Riyad have experienced the academic environment physically and intellectually at different levels.

First, they were both doctoral students. After attaining a PhD, Riyad went through a postdoc position, a visiting assistant professorship, and unemployment before securing his tenure-track position at Michigan State University (MSU). Kimine continued her PhD program till 2011.

In the meantime, they also had life transitions, uncertainity, and hardships. To make a long story short, they experienced a long-distance relationship,  marriage, travels to see families around the world,  childbirths, cross-country/state moves (one time we had to move back to Canada from US in two weeks!), the end of contract without the next job, depression, miscarriages, tedious visa applications and more.

When they moved to Michigan in 2011 for Riyad’s new position, Kimine, who was pregnant with their second child, lost her father in Japan. It was a huge transition for all the family members (including their four-year-old son at that time). The relationship between the couple was sometimes fragile.

Luckily, Riyad came across the NCFDD’s Faculty Success Program (FSP), which shifted their lifestyle towards more work-life balance. FSP was definitely their life saver. Riyad became a coach for FSP and received a lot of benefits through his coaching work.

In this article, Riyad problematizes the concept of time that he argues is derived from the Eurocentric linear outcome-oriented thinking, which makes the body invisible, while centering the mind. Given the popularity and positive feedback of the article from students and academics around the world, Riyad and Kimine realized many were interested in discussion around Being Lazy and Slowing Down, which became the name of our website/blog.

In this article, Kimine emphasized the importance of the process of making and drinking tea rather than the tea itself. She stated, “Although we human beings nowadays are busy and constantly rushing toward something, this tea ceremony slows you down and allows you to reflect on what is surrounding you and how you feel about it through all your senses” (p. 11). This has been the most accessed and cited academic article she wrote. It adds a unique and powerful lens to Being Lazy and Slowing Down.

More details about each of them?

Kimine is a writer, an alt-ac, the editor-in-chief and co-founder of Being Lazy and Slowing Down, LLC. Her first name, Kimine, is 公音 in Japanese/Chinese character, and pronounced Kee-me-neh.

She was born in Gunma prefecture in Japan and raised in a countryside surrounded by mountains. She gradually started going away from home for her education. She met her life partner, Riyad, during her master’s program at University of Toronto.

Her scholarly interests have been: minoritized faculty in higher education, transnational feminism, Indigenous knowledge, autoethnography, and healing. Her dissertation was entitled, “Seeking possibilities in a transnational context: Asian women faculty in the Canadian academy.” She co-authored the book, Whose University Is It Anyway?: Power and Privilege on Gendered Terrain, with Anne Wagner and Sandra Acker. You can see her other academic work here.

After much thought, she decided to take a role of serving the academic and non-academic members in her own way instead of going into an academic position.

Kimine considers the blogging work as one of her life missions and takes it very seriously. Since 2015, she has consistently and regularly published blog posts on the importance of speed bumps in life and wholistic perspectives for busy academics and professionals.

Starting the blog from scratch (without experiences or audience at the beginning) and maintaining it by herself, she has gone through ups and downs physically and mentally. Yet, she’s been persistent and joyful with the work she does because of the two amazing aspects of blogging that fuel her motivation and persistence nowadays. They are:

1) the sense of connection with like-minded tribe members, clients, and blog contributors; and

2) her inner growth that the community holds her accountable for.

What else does she do other than blogging?

Kimine is also the main service provider for the audience. She has given workshops/webinars for a number of academics on topics around Being Lazy and Slowing Down and imposter syndrome. She runs the program, Slowing Down Circle (SDC), where members virtually discuss and strategize towards wholistic lifestyles in a small-group setting. She also offers online courses that align with the Being Lazy and Slowing Down lifestyles and missions. She has been facilitating the Writing Circle and Weekly Reflection & Planning to provide support and accountability for their members. 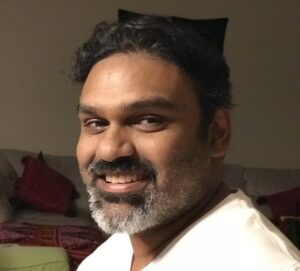 Riyad is the editor and co-founder of Being Lazy and Slowing Down, LLC, an Associate Professor at Michigan State University (MSU) and a former coach for National Center for Faculty and Diversity Development (NCFDD).

His research interests are: globalization of higher education, decolonizing curriculum and pedagogy, cultural studies, temporality and embodiment in higher education, and de/anti/post-colonial theory. He is a passionate pedagogue who pushes his students to go beyond their boundaries of thinking and ways of being. He coached a number of faculty members from 2012 to 2019  through the Faculty Success Program (FSP). He also runs workshops/webinars on scholarly writing.

While being a ‘productive’ scholar, he enjoys his work-life balance. Riyad believes that striving towards balancing work with one’s personal life  is the key to effective and healthy way of being  in his profession.

He is also a proud dad of two children. He likes sharing good food and watching exciting soccer games with his family.

Riyad is a Bangladeshi descendant and Kimine is Japanese. They have two trilingual kids, a 14-year-old son and a 9-year-old daughter. Both kids speak Japanese, Bengali, and English. All three languages are often used in their family. There are definitely challenges stemming from “difference” and cultural politics. But there are a lot to celebrate and cherish about cultural differences such as cuisines, books, and holidays.

They are also foodies, the types of people who live to eat, not eat to live. Especially Riyad’s passion for food leads the whole family to try various types of food by cooking and eating out. They also like to travel both within the US and outside. Nowadays, they go to kids’ soccer games on weekends and cheer them. The kids are the family’s speed bumps. They often remind Kimine and Riyad of being in the present moment. As a family, they also like to watch movies, try new foods, and do Friday reflection and weekend planning together.

Kimine and Riyad felt energized when they thought about collaborating as life partners on being lazy and slowing down the world. They are not perfect. But, it is something they truly value and strive to cultivate through their daily life. They wish to share their journey with the audience through lessons (the good, bad, and ugly) that they learned by embracing their vulnerability. 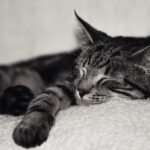 How my relationship with naps has shifted – Now a good friend 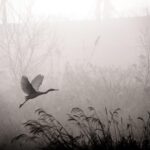 Why (my modified version of) Morning Pages works for me 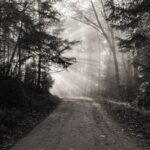 How I came to embrace my Academic-Entrepreneur Self: A journey with 9 Stages 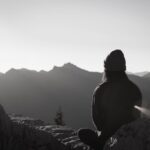